Leading travel writer and publisher of ATC News, Prof. Wolfgang Thome, has emerged as one the winners of the African Travel 100 Global Personalities Awards scheduled to take place on September 23rd at the 15th AKWAABA African Travel Market.

Prof. Thome, a German national arrived in Kenya in the mid 1970s and has lived on the African continent since, spending over four decades. In Kenya, he was active in tour operations, hotel operations and air operations, and after 17 years he moved to Uganda in 1992. Settling in, the Pearl of Africa, he went into academics and consultancy.

He became active in trade politics helping to rebuild the association framework in the tourism industry which had all collapsed after the liberation war. He helped to reactivate the hotel association, form the tour operators association, travel agents association and the umbrella body Uganda Tourism Association, which he served as president for almost eight years.

I always felt as a welcome guest in Kenya, in Uganda I’ve become part of the furniture. …when I came to Uganda I literally became Ugandan – not maybe by passport, but certainly by the feeling in my heart that I belong here.

Prof. Thome is happily married. His wife is Ugandan and they met in Kenya while she was in exile. The genial and witty professor has lived in Uganda for over 25 years and was granted life residency some time ago. We, at More Cream Than Coffee® congratulate Prof. Wolfgang Thome.

Day 2 of the expo and exhibitions continued at the Kampala Sheraton grounds with various entertainment activities to excite the crowd who came around.

There wasn’t much to do besides visiting the stands and networking. Cephas and I, along with Nkiru caught up with Ms. Carmen Nibigira the Regional Coordinator for the East Africa Tourism Platform (EATP), for an interview. Afterwards, Cephas had a chat with Prof. Wolfgang Thome, before we went down for lunch.

Later at night, Henry came around with some friends and Mark and I went with out with him to explore Kampala nightlife. We were not allowed to take pictures at the first place we went. It was a lively outdoor rendezvous environment. We spoke with the manager and he made some flimsy excuses about taking pictures. So we just chilled there for a while, until  two of the ladies who came with Henry were ready to leave. We dropped the two ladies off and went on to on to Gekko Lounge & Terrace.

Up early at about 07:10, freshened up and got ready for the day. We were scheduled to leave for the airport at 09:00 and fly a light aircraft out to Kidepo Valley National Park where we were to spend the next two days.

Nina, the Uganda Tourism Board (UTB) rep was waiting for us downstairs when we came to check out at the front desk. We were travelling light with a few essentials because of the aircraft, so the rest of our luggage were tagged to be ferried ahead of us to Kampala. Another member of our group Nana Densu from Ghana joined us at the lobby and soon we were on our way – Nkiru, Cephas, Nana and I, led by Nina. 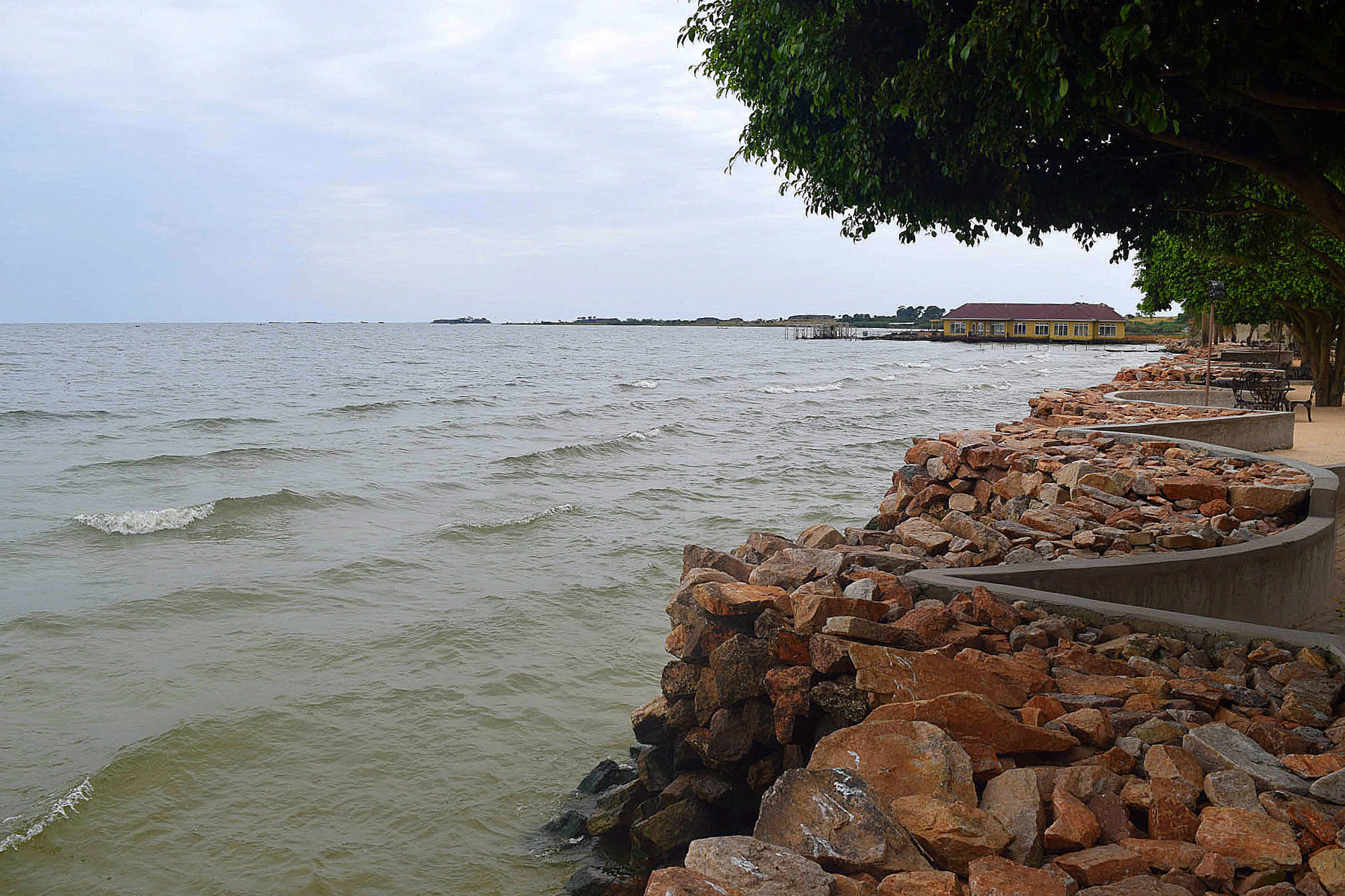 We made a stop at Protea Hotel by Marriott on the banks of Lake Victoria to pick up Prof. Wolfgang H. Thome publisher of ATC News. At the airport, we met others from our group and some UTB media crew, which brought the number to about 16. Since it was a light aircraft, it couldn’t take more than nine, so we had to fly out in two batches. 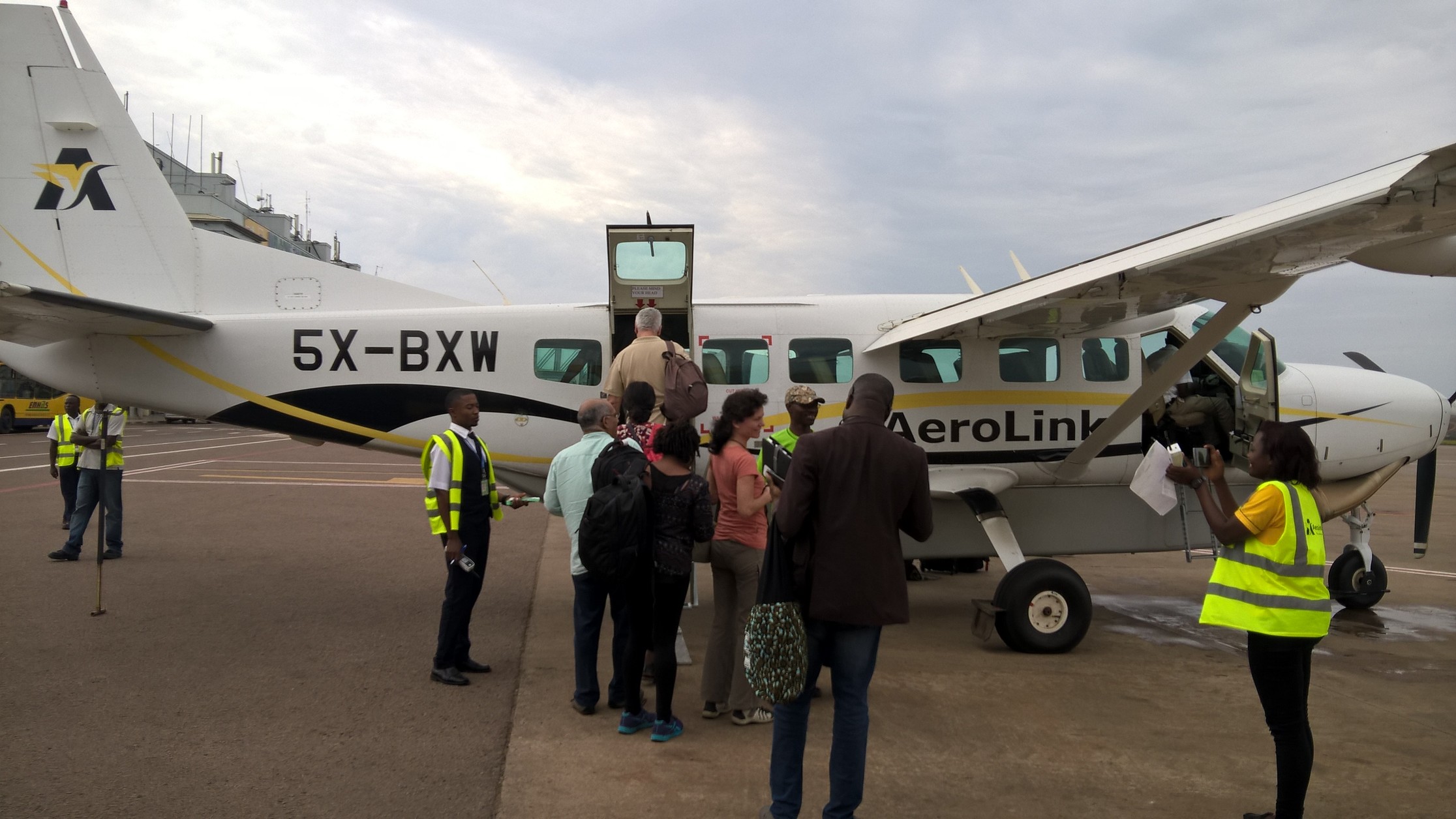 I was on the first batch with Prof, Nana, Cephas, Nkiru, Miriam (Kenyan-American), Jayesh (Indian), Manfred and his wife Ilona (German couple). We left Entebbe at 11:00 and touched down at the airstrip in Kidepo Valley National Park at 12:50.

We were split into two groups again: Miriam, Nkiru along with Manfred and Ilona were taken to Apoka Safari Lodge, while the rest of us, were driven to Nga’Moru Wilderness Camp led by Mitchell our new UTB chaperone. 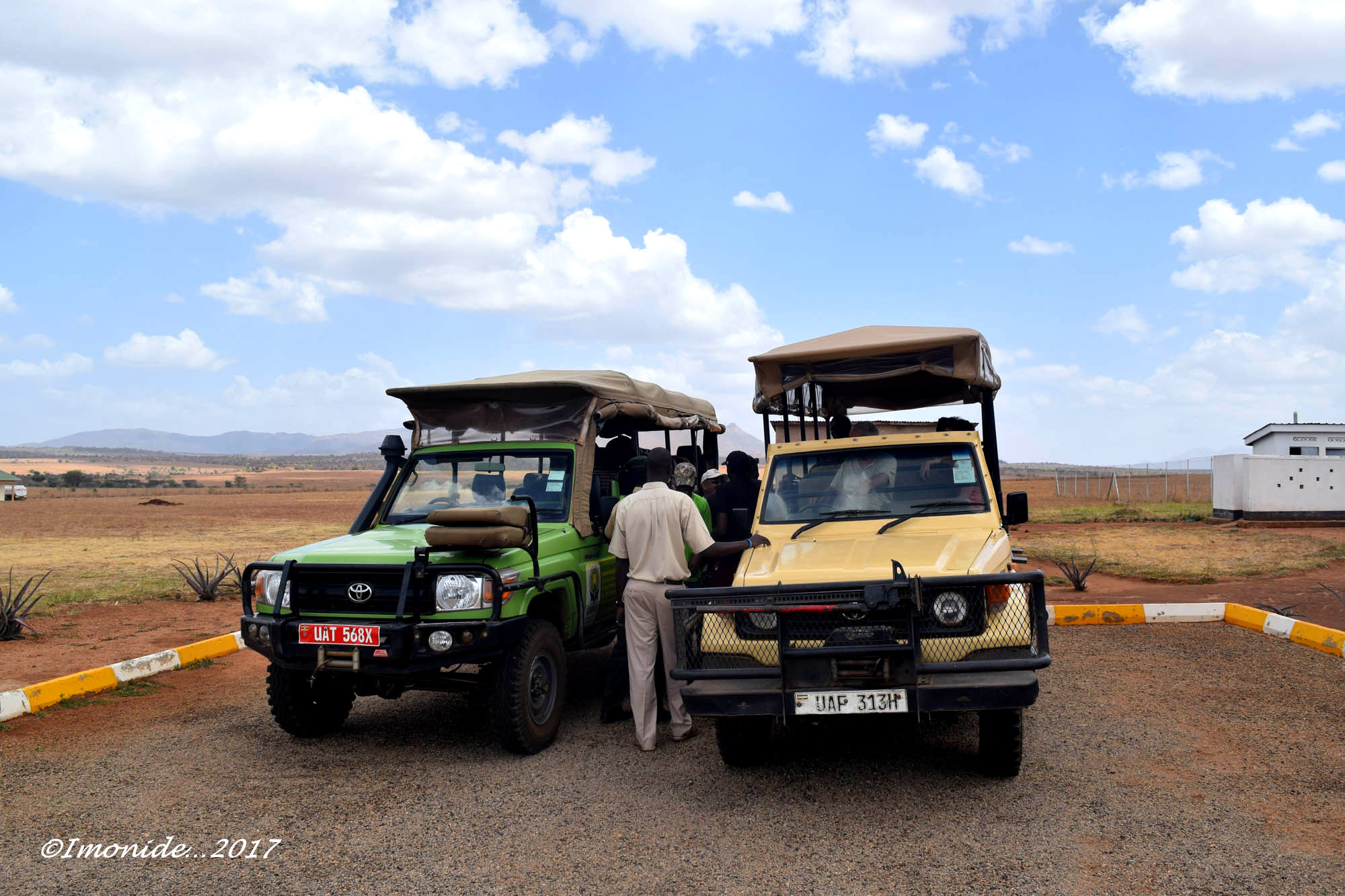 It was a long drive to Nga’Moru and we were pretty famished when we arrived. Sadly, Nga’Moru failed to see the special in us. We were taking in through the back entrance and the owner found something more important to do than be around to receive us. Lunch was not ready and no one could tell when it will be, because supplies somehow failed to arrive the day before.

Along the line, Cephas got reminded that he was from Rhodesia – oh well. After well over an hour and a half lunch was served and we were just forking the last morsel of spaghetti down when the rescue call came. We rushed to our allotted rooms, grabbed our stuff, piled into our safari Jeep and fast-racked our butts down to the airstrip. 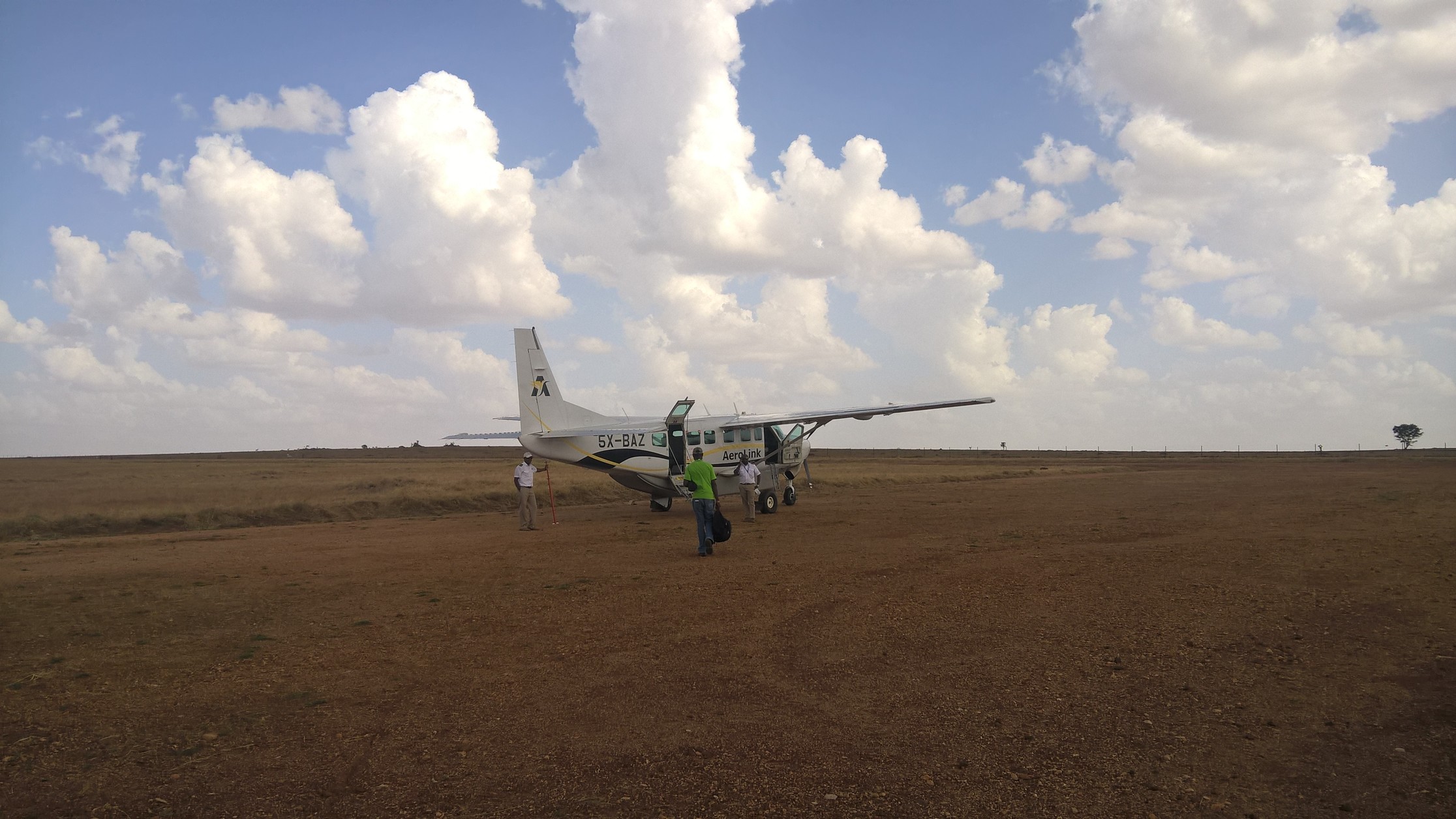 Farewell Kidepo, I never got to know you – and it’s all thanks to Nga’Moru which stood against our affair and it’s such a shame. We endured another hour or so on a light aircraft before touching down at the Pakuba airstrip, Murchison Falls National Park at about 17:40. Quickly, we rushed into the waiting Jeep and sped down towards Paraa Crossing, so we could meet the 6 o’clock ferry.

After crossing the Nile, we drove straight to Kabalega Wilderness Lodge and relaxed at the restaurant area while our rooms were quickly sorted out. 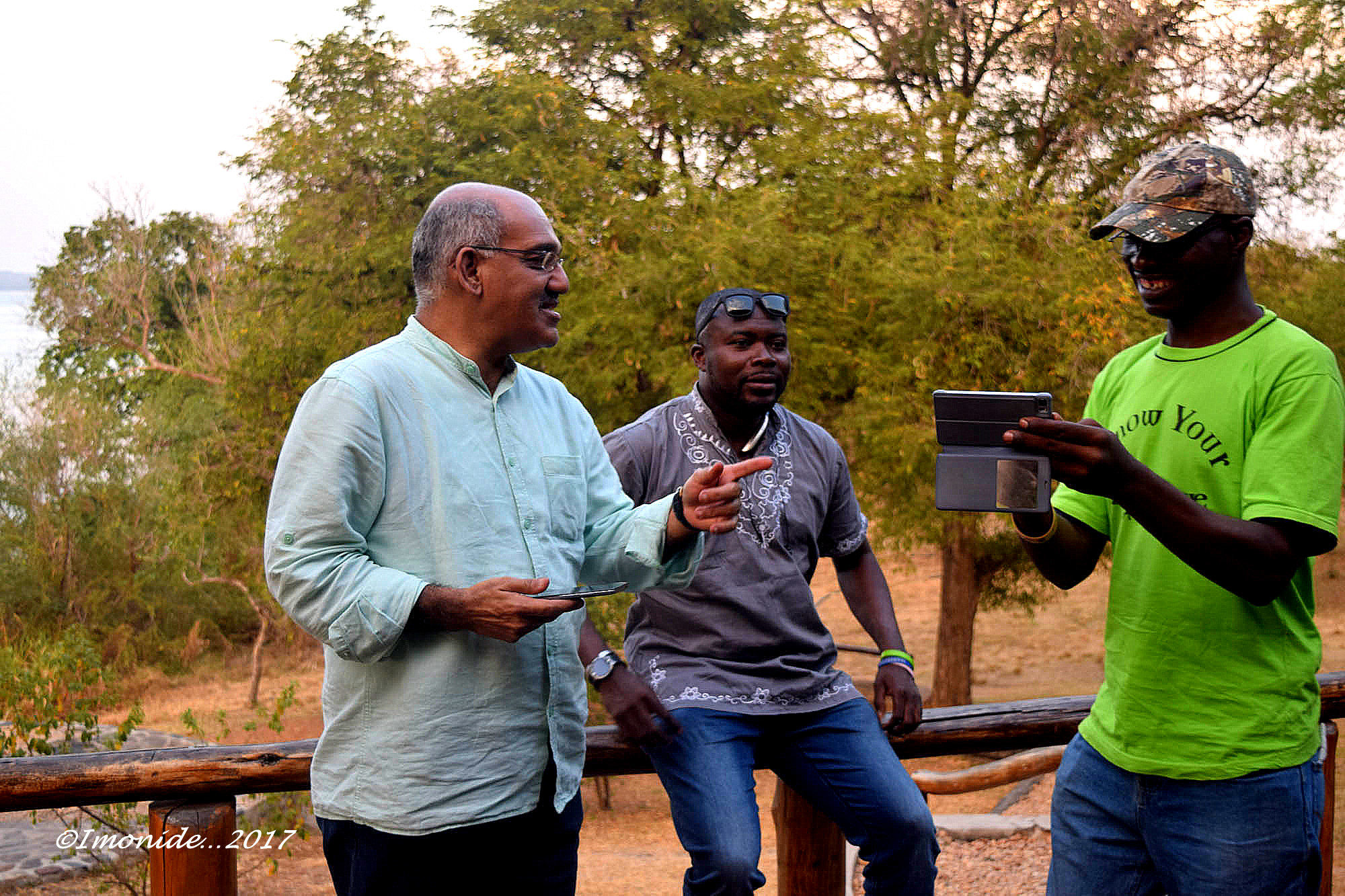 In the meantime, it seemed a romantic rivalry was on the cards as Cephas and Nana both have eyes for our beautiful hostess whose name I shall keep out. We had a good dinner and retired to our rooms afterwards… 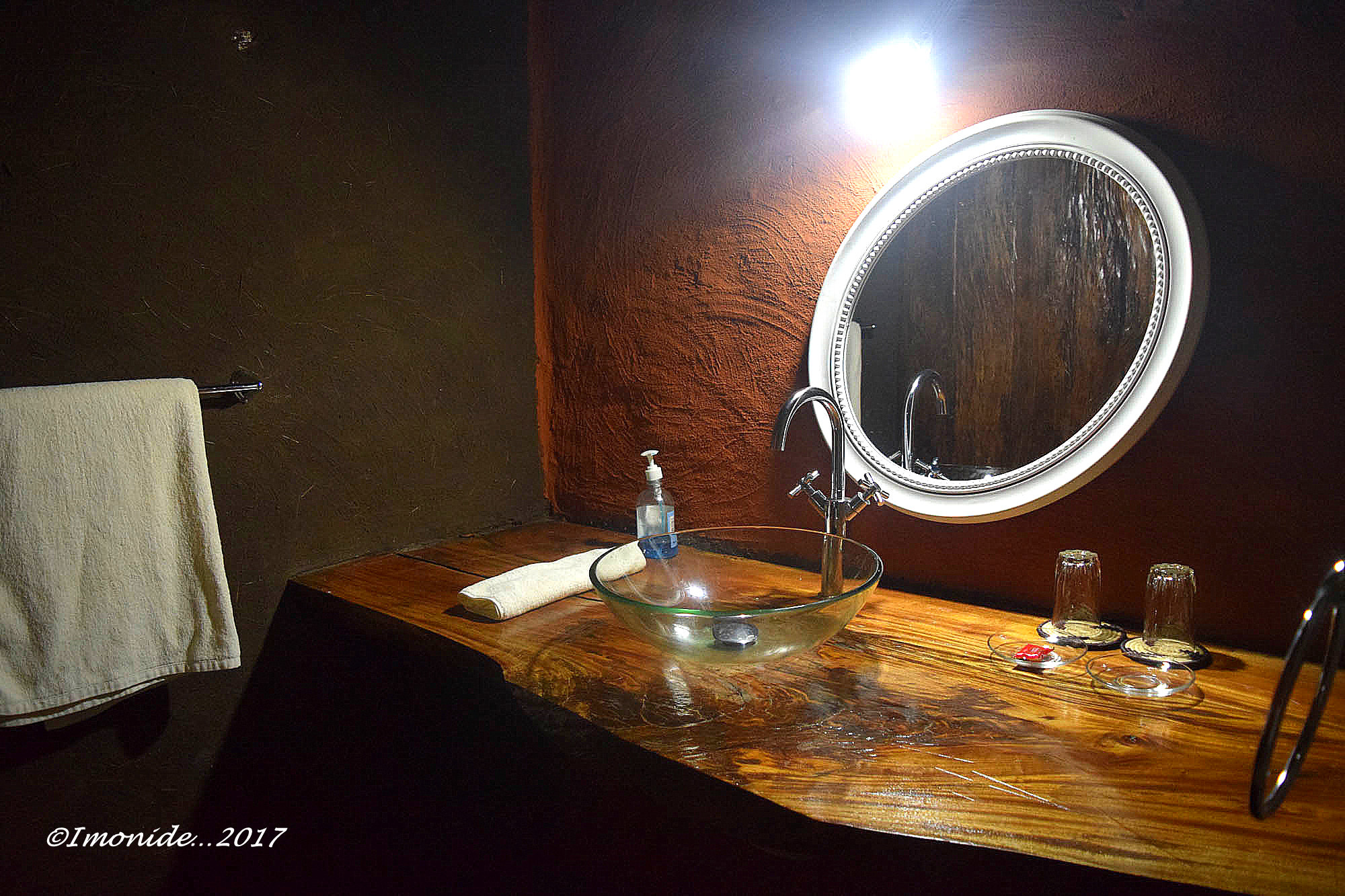